In line with LIBA’s commitment to values and ethics, social service initiatives are managed by the students at LIBA, which aims at bringing about a positive change in the society by leveraging management skills and techniques imbibed at the institution. Several programmes are conducted throughout the year for the upliftment of the downtrodden people. 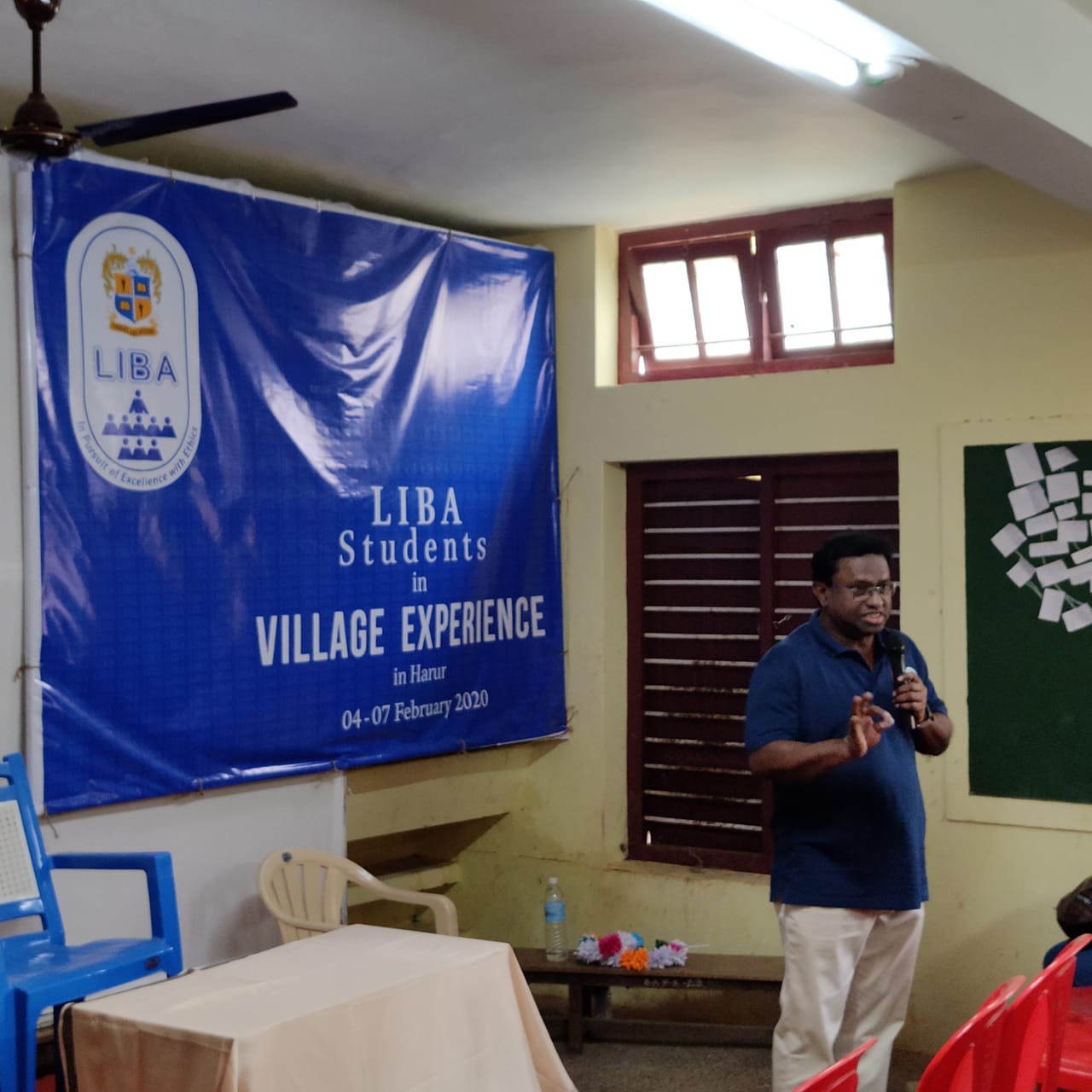 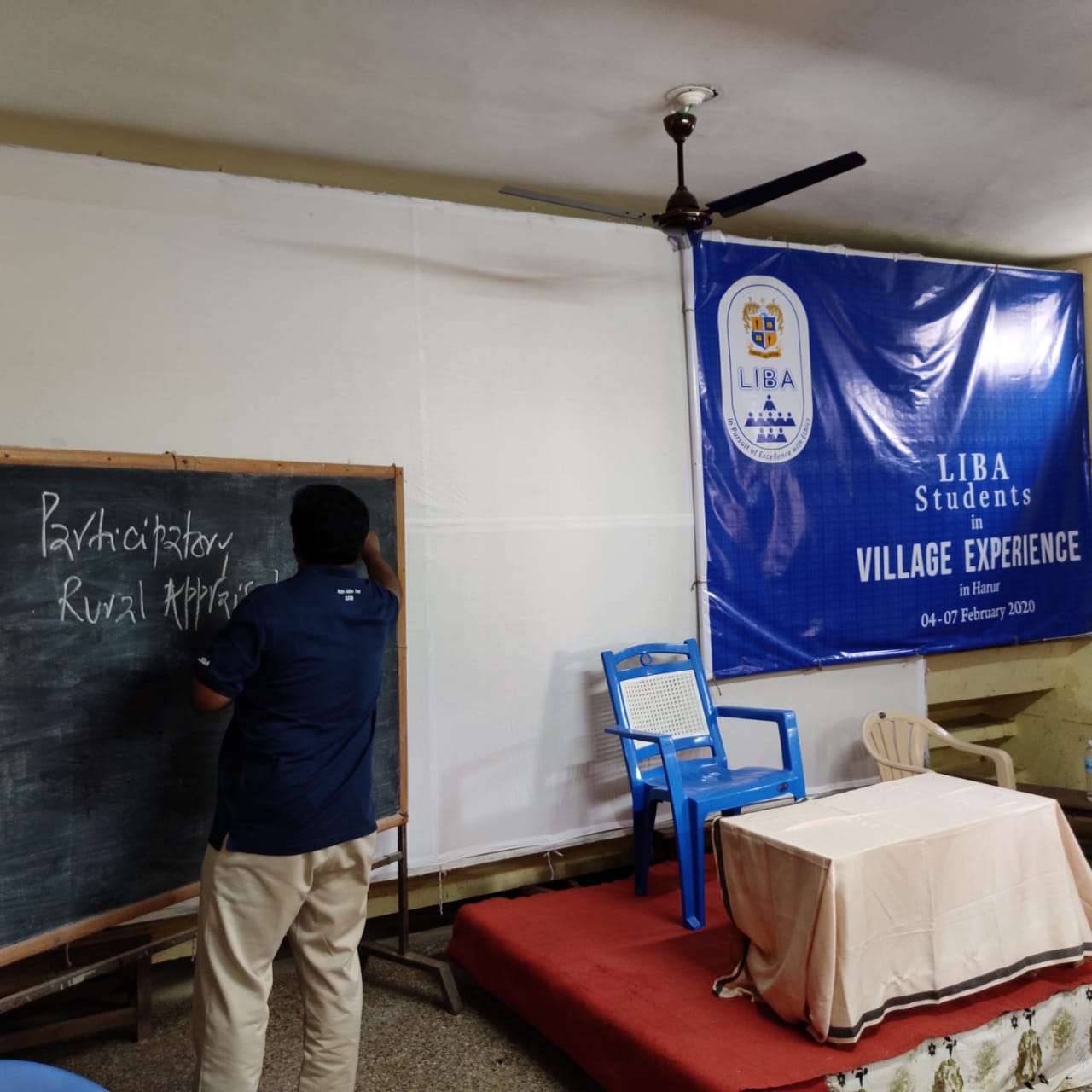 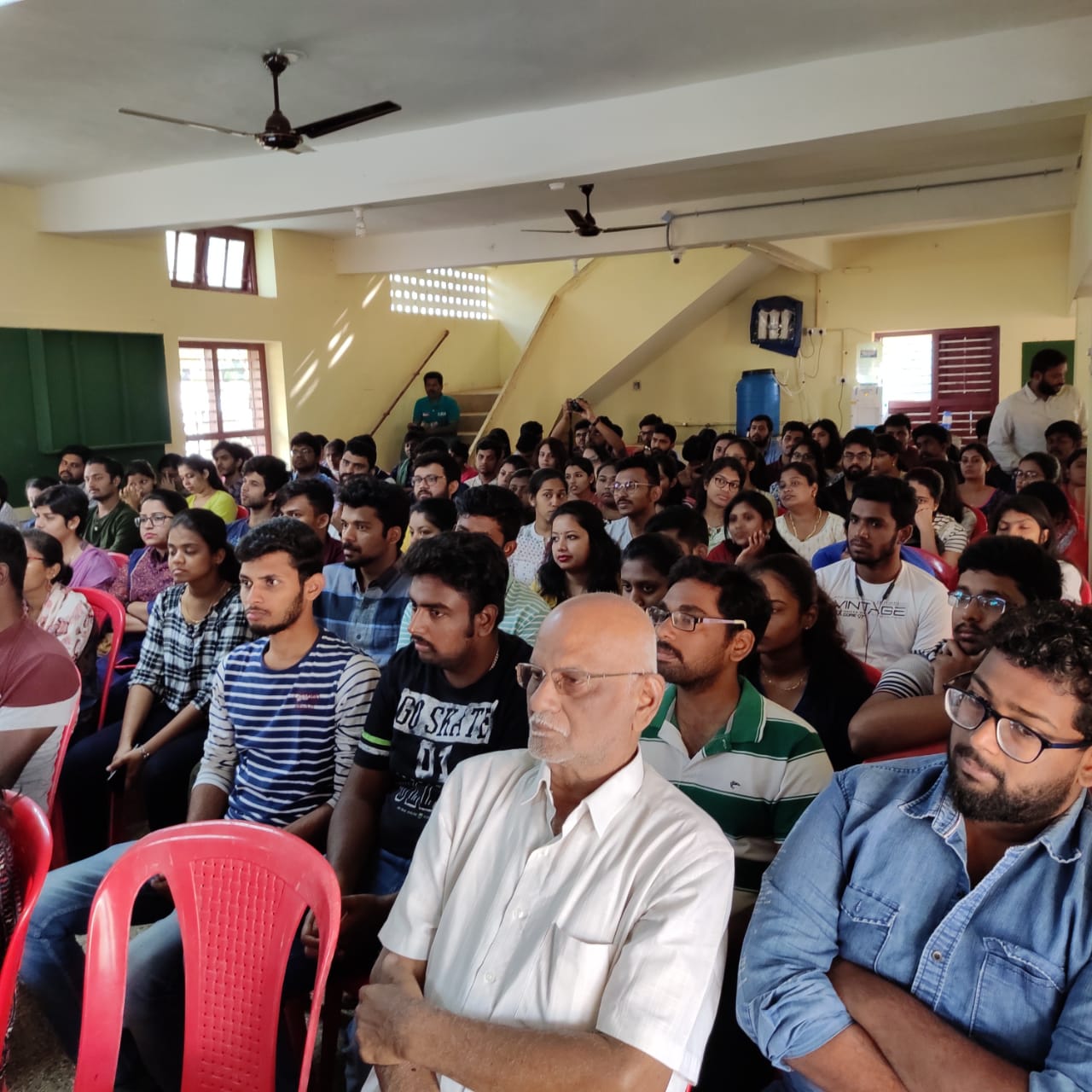 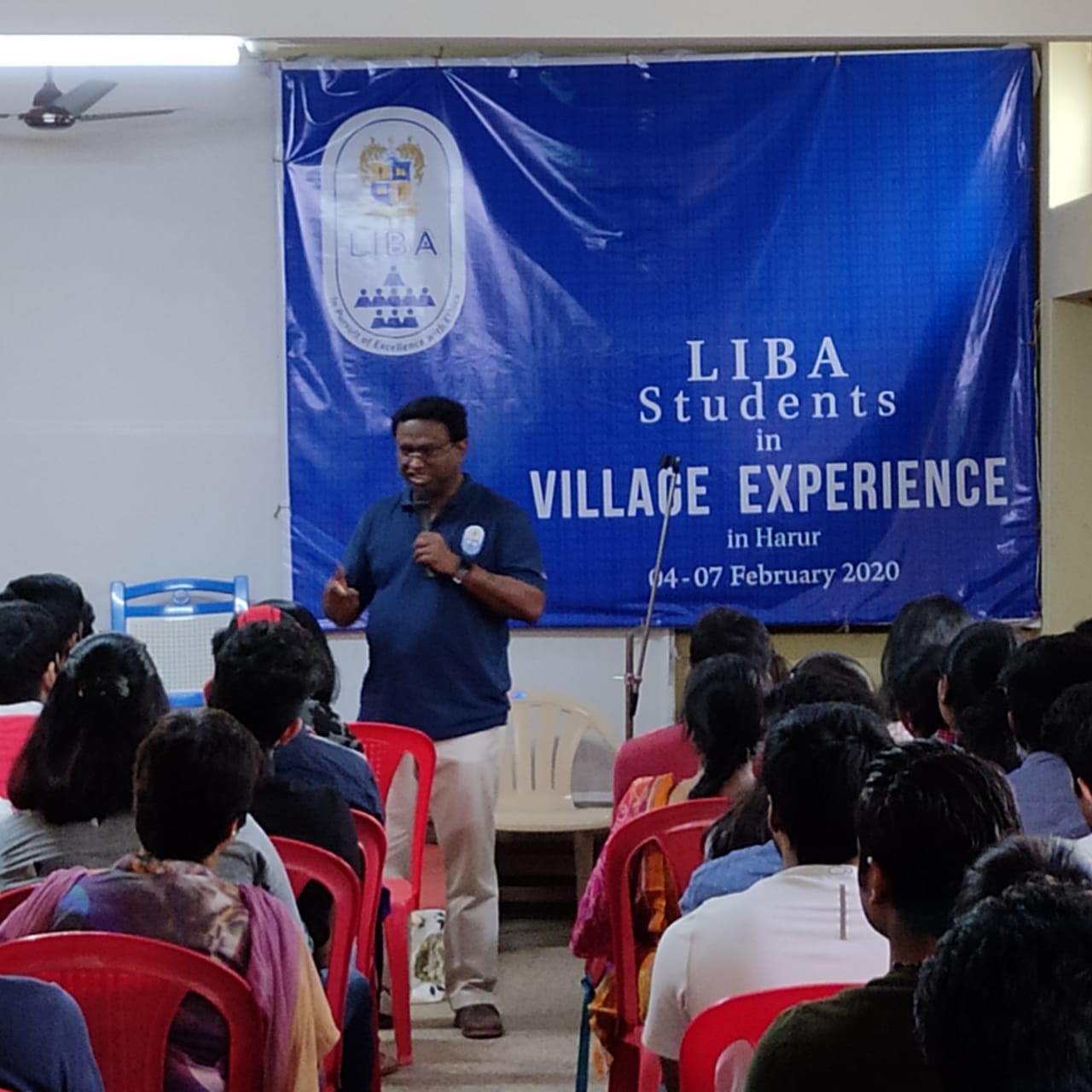 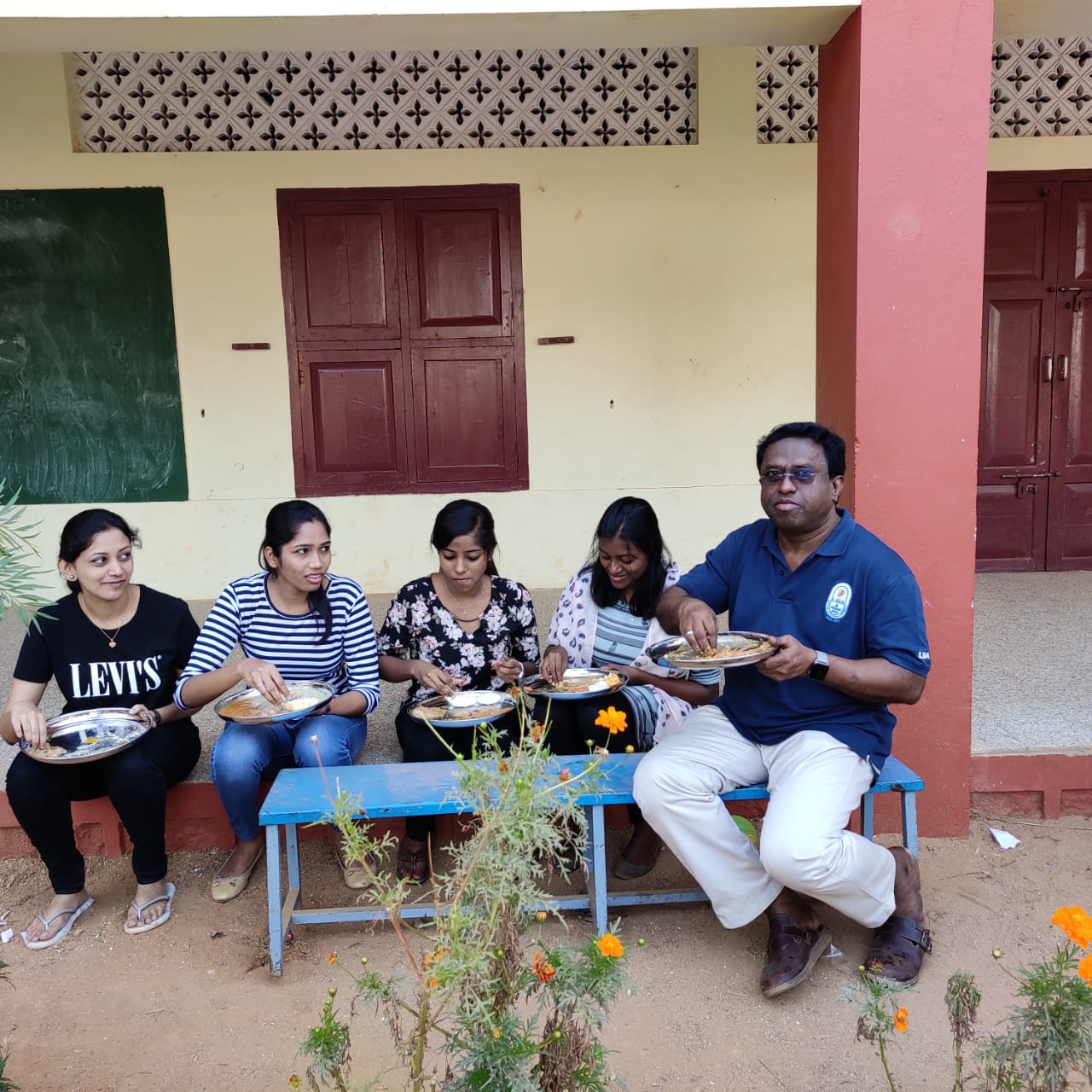 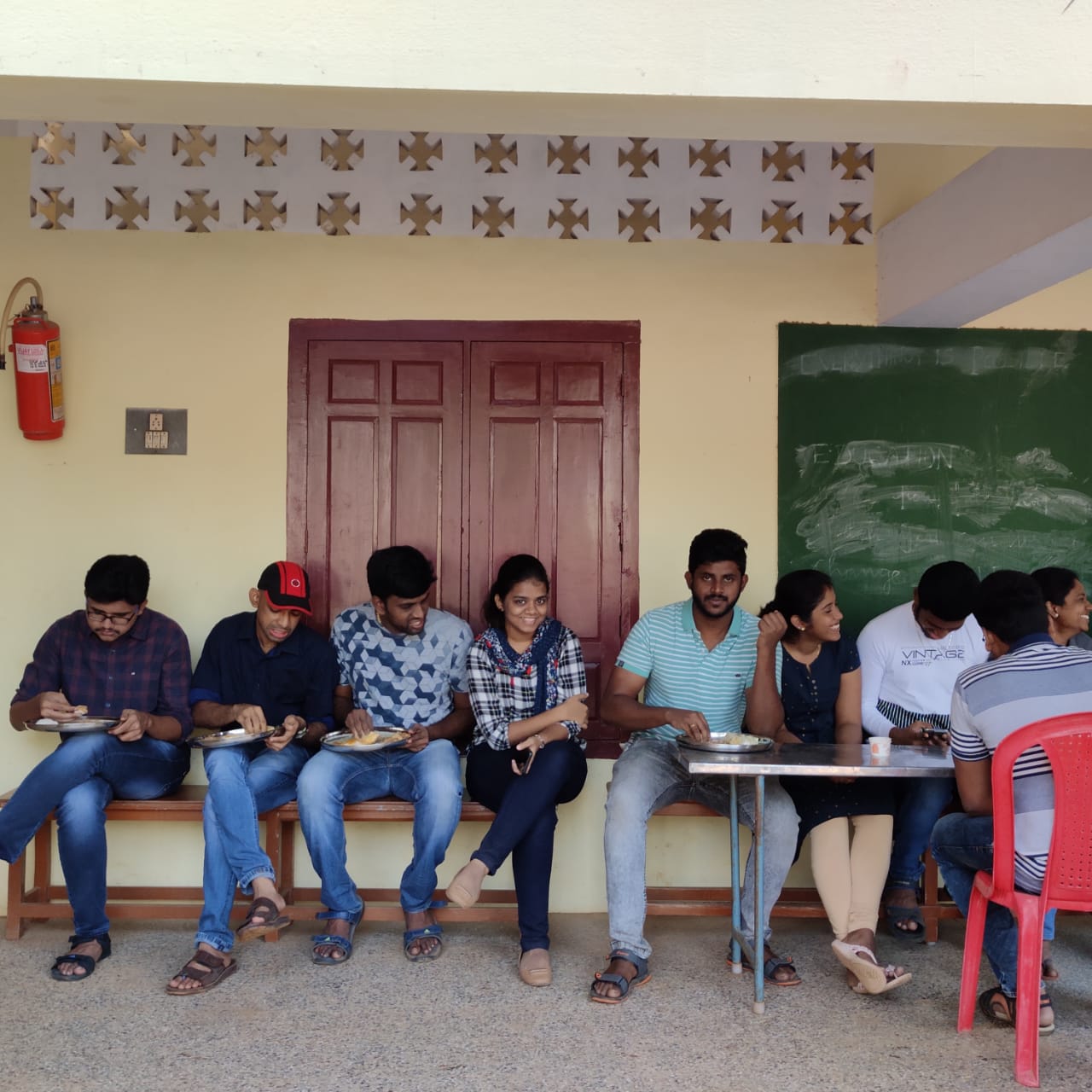 Loyola Institute of Business and Administration(LIBA), Chennai conducted a 4 days participatory rural appraisal programme for its Full time PGDM batch of 2019-21. All 137 of the first year students went to the village Harur, Near Morapur railway station, Dharmapuri district, Tamil Nadu.

In par with other premier b schools in India, LIBA has understood that future business leaders should be cognizant with the socio-political and economical background of the country. Hence, this programme as part of the first year curriculum, constituted of 14 teams of students with around 10 students in each team. Each team spent the entire 4 days in the village exploring the ground realities of their cultural, economic, social and political situations and identified the existing challenges faced by those at the bottom of the pyramid. Later the students submitted reports on their observations in the villages and gave their suggestions for improving the shortcomings they found.

The teams visited many nearby villages like Aandipatti puthur, Theerthamalai, Harur, Anna Nagar, Ambedkar Nagar etc. They interacted with the residents frankly. One of such villagers was a 58 year old woman, married at the age of 10. She looks after of her husband, who had lost his eyesight few years ago, her 3 sons and one daughter. One of her sons completed B.Ed but is unemployed and is living with them. Every day, he goes in search of some work in the fields nearby whenever jobs are available. Her other two sons stopped schooling at 8th and 10th standard and have no jobs. She sometimes goes to the nearby forest for collecting twigs and the entire family is dependent on the freebies given by the government. Her daughter had discontinued schooling in 8th standard and was married at the age of 12. She gave birth to a son at the age of 15 and her family has shifted to Coimbatore and they are working in construction sites. The economic situation of most of the families are similar in those areas.

The students could notice that the deep rooted casteism and untouchability in the mindsets of the native villagers is one of the major causes hindering their social progress, which is invisible from the urban point of view. Many of them have very poor economic conditions with daily income of around ₹100, and still they have to abide by the taxations imposed by the government. There were some unemployed engineers among many others who were desperate for jobs. These energetic youth were found to be lagging in entrepreneurial awareness. Which has created a negative atmosphere influenced by illegal activities like smuggling of weed, illegal alcohol vending. Alcoholism was also found to be a hurdle in their progress.

The connectivity of the entire place was good, but with the govt. projects of NH road constructions, the local bureaucracy has this challenge of displacing some of the residents and looking after their demands. It has created a situation of tension in the affected areas. To get the whole perspective the students had an interactive session with Mr. Pratap, IAS, the young and optimistic sub-collector of the region. They also had sessions with Fr. Yesu Marian, Lawer and dalit activist, Er. Elango, a Panchayat leader and the NGO “Payir”. Er. Elango, who was also an aide of former president Dr. APJ Abdul Kalam, emphasized on the role of the Panchayats in the national development by connectivity based inclusive economic growth in rural India through examples of his works in the village Kuthambakkam.

Despite all the problems they face, the villagers, far distant from the main stream city life, live a very simple life style. They are happy with what they have and know how to live harmoniously with bonding among themselves. They celebrate all their festivals together with fun and joy. They welcomed the students with warm gestures and respect.

The students stayed in the St. Marry’s school for the entire 4 days and their food and all other amenities were taken care by Fr. John Paul and his team of Jesuits.